What is the impact of WWR on EUI?

How Does WWR Impact EUI Across Climate Zones?

This presentation graphic briefly investigates and summarizes the impact that Window to Wall Ratio (WWR) has on building performance. The study compares the Energy Use Intensity (EUI) for the standard ASHRAE 209-2018 Appendix C simple box model at locations in Atlanta, GA (Zone 3a) and Toronto, ON (Zone 5) as WWR is varied across each facade.

The competition entry can be found here. 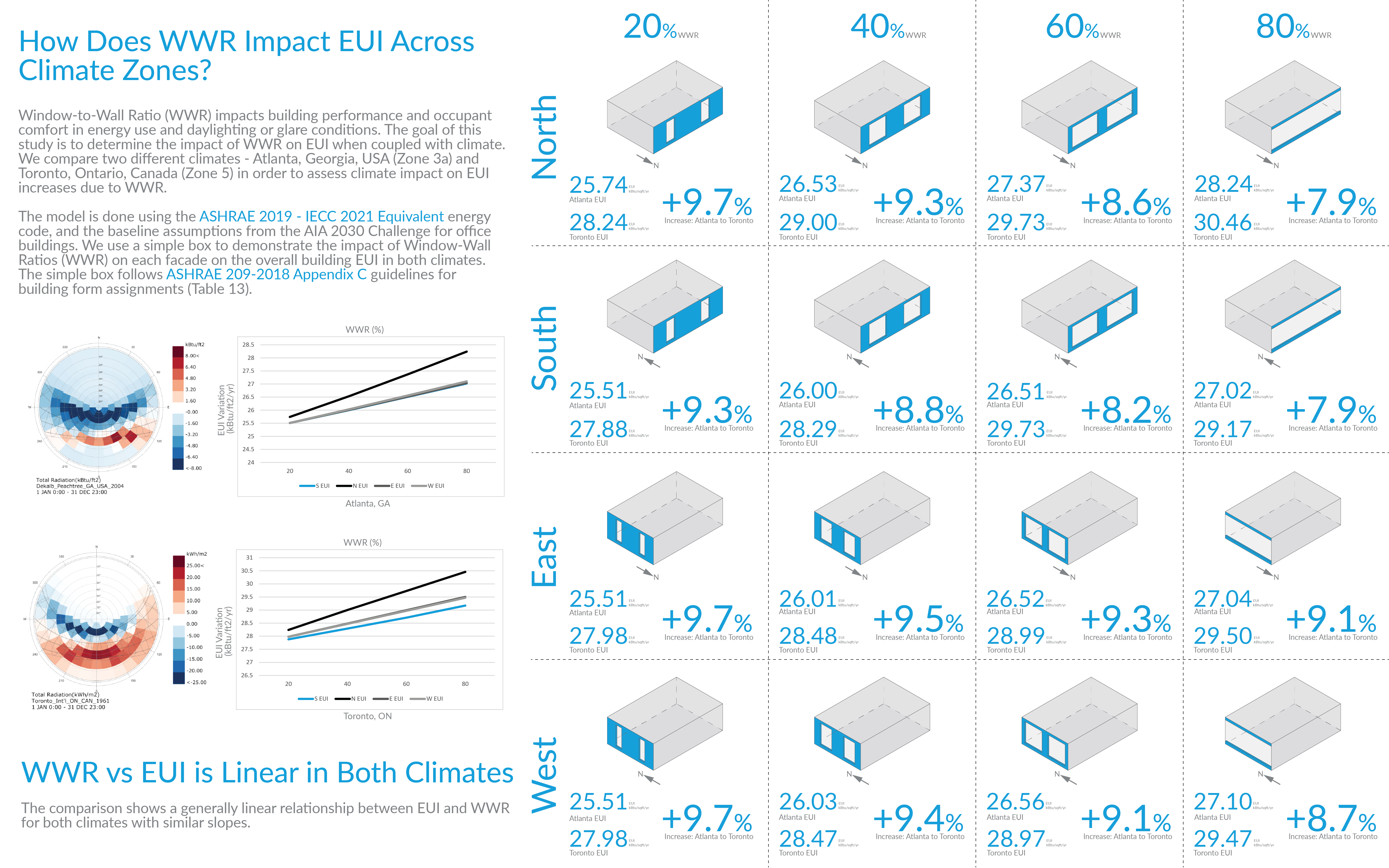 This graphic demonstrates the relationship between WWR and EUI across two distinct climate zones via direct comparison and percentage differences. It shows a linear relationship between the EUI and WWR with similar slopes for both climates, implying that the impact of changing the WWR is roughly similar for both Atlanta, GA, USA and Toronto, ON, Canada. All analysis was done in cove.tool using the ASHRAE 2019-2018 Appendix C standard building form.

We expected to find a larger impact from WWR when we began simulations. However, the result that WWR had a fairly consistent impact on EUI across the two climate zones is equally as interesting. An additional study in a third climate, warmer than Atlanta, GA would be a useful future data point to compare.